There’s been a lot of excitement of Facebook and other places about the recent story that Chania airport being on the brink of closure, being unable to pay for even toilet rolls.

There is of course little (if no) chance of this happening

As I have already said:

Neatv.gr reported a while ago, the Greek government collects millions from airports, such that no airport is left with enough to cover its basic expenses. Flashnews.gr, went further, piling on the drama, saying technicians couldn’t check the radar systems – why, because they had no fuel for their cars .. surprisingly, Greeks know how to walk. 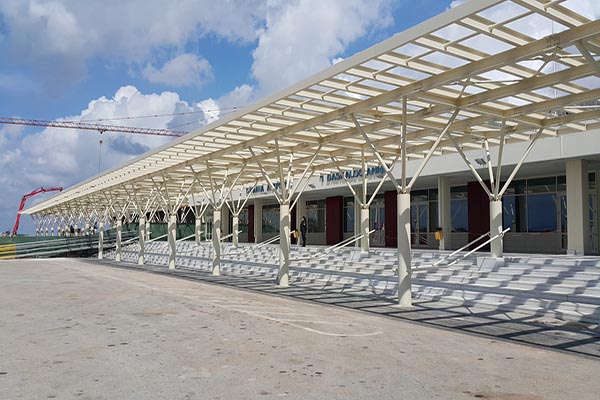 For all those problems, Fin Min Mr. Giorgos Stathakis is informed.
So, the article was written with only one purpose… to show that Greek Regional Airports offer much more to local economies, than our Gov’t believes!
It has also to be mentioned that more than 40% of the expansion of the airport has already been constructed, and it is believed that it will be completed by the end of 2015 (including new gates, takeoff runways, landing areas, parking spaces, new traffic control tower, etc.).
But, the airport still operates great, due to the efforts of all employees… from the airport master to the last worker.

The situation at Siteia is however ‘more interesting’. Siteia International Airport serves many routes to Germany and the Baltic countries and has recently had a major upgrade. Not surprisingly there has been money problems and the new airport has not been signed over to the authorities, Consequently all this year’s scheduled charter flights to/from Holland have been cancelled, leaving only the weekly Denmark service running.

So, no major worries, just have a wonderful trip and leave your worries behind