Should I Go To Greece?

Should I Cancel My holiday?

There’s a lot of scaremongering doing the rounds regarding the financial crisis in Greece right now. Take note how this is being fueled by the press who love a disaster story and the EU who have masses at stake should the Greek government win the war. It is in their interest to get the upper hand and make the government fail, using any method possible.

My personal view, having experience from technology to tourism, and a passionate visitor to Crete and Greece

Obviously Greece isn’t going to drop out of Europe overnight nor instantly use the drachma – either way, this wouldn’t affect tourists. Many people take a fair amount of cash (euros) with them, others rely on tapping ATM for more cash (this is not always the cheapest way of getting currency!). Travelers Cheques aren’t used much in Greece, maybe being accepted at the larger hotels.

Crete is by far the largest of the islands, a country really, and much more resilient with greater reserves of essential commodities. Pretty much self-sufficient in food and water Crete has always been a rich island

So the local Greeks are a bit short of cash, actually this affects business more than individuals. There aren’t many Greeks earning 480E a week to take from the bank, but businesses move this kind of money around constantly. With so much ATM activity it is inevitable some will run dry until being refilled (doesn’t this happen here at home on a Saturday night too?). We see reports of petrol stations and supermarkets running out as people panic buy (the World’s not ending you know) and this can impact holidaymakers in the more isolated areas. I trust Greek hospitality enough to know those around me wont let me go short if I need something.

Will Your Holiday Be Ruined? – NO

Today the worry is about one thing: can we get more cash from the bank?. Many people take enough cash to cover themselves for the whole holiday, no change for them, they will continue to do so. Indeed, this has been the advice from the British Government. It certainly avoids the issue.

On Monday June 29 ‘capital controls’ were introduced to limit the flow of cash from the high street banks: you’ll have seen the pictures of huge queue’s outside ATMs. What wasn’t well reported in the beginning was that these 60E a day cash withdrawal limits only applied to Greek bank accounts – foreign debit and credit cards are unaffected: tourists can withdraw however-much their bank allows them.

“.. we want to reassure our guests that there is no reason not to travel to Greece, both now and in the coming weeks” says chief executive of Olympic, George Michalias

Bernadette Askouni, agency sales manager for Ionian Holidays, said it was business as usual on the islands, and that the cash offer was a worse-case-scenario measure

Sunvil already had a policy in place to allow clients to purchase cash while in their resorts.. Chris Wright

Tour operators Olympic Holidays and Ionian Holidays state you can get Euros from their reps, money being secured using a debit/edit card.

Remember, cards are not used widely in Greece as, say, in the UK – it is still more a cash society. Please dont assume every petrol station and supermarket will accept them. Out in the country, they never have, its not due the crisis. This has always been important for those hiring cars.

You, The Tourist Matters – Make The Difference

Tourism is worth 16% of Greece’s GDP and provides 20% of the jobs. Currently the Greek people have a bit of a cash-flow problem, and tourists have cash: so spend it as you normal, you can always get more from the bank. Enjoy that for you its holiday as usual, and its gratefully received.
The more money that flows into the country the more Greece’s problems are alleviated, you can put the cash into the hands of those in need, your card purchases ensure tax revenue goes to the government. 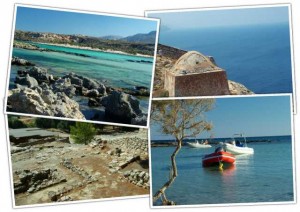 Charlotte Hallencreutz of Ving in Stockholm said the company was already taking bookings for Greece next summer. “The crisis is not affecting our guests, Greece is still in demand,” she said. “People who have booked later on this year still want to go. We are not seeing any change to our future bookings.”

GTA expected more German people to visit Greece this year than the record 2.5m from 2014. “We don’t see any change in booking behaviour because people know there’s a crisis in the financial system. On the islands, everything is fine and working.”